As early as the 1960s alien conspiracy theories and ideas about the UFO phenomenon were being written about and discussed by enthusiasts, writers and the general public. Jim and Coral Lorenzen in their 1968 book, UFOs over the Americas, developed compelling alien conspiracy theories and explanations about the government involvement in the UFO deception.

UFO Sightings on the Rise

These alien conspiracy theories attribute the increasing trend to two possible explanations: either a mass delusion caused by people expecting these sightings and psychically bringing them about or the aliens themselves had established bases of operation on or near Earth making their travel more apparent and thus humans seeing their activity more frequently. The Lorenzens believed the latter theory to be the actual cause rather than any sort of mass psychosis.

Part of their alien conspiracy theories also included an interesting observation that UFO activity did not seem to become so prevalent until the 1940s. Coincidentally they started about the same time the United States began nuclear device detonation and testing. The extraterrestrial surveillance of our military activity has also created a situation where the alien visitors are also gathering human specimens and information from certain members of our population.

Clearly in the 20th century it was felt that extraterrestrial visitors to our planet were intentionally eluding our attempts to document their presence and activity in our country and on this planet. Part of this concealment effort according to the Lorenzens is that they might be causing interference with the cameras and electrical equipment being used to record their activity or capture images of their spacecraft. Certainly that would explain the lack of viable photographic evidence of their existence since most photographs and video film today is grainy and of poor quality.

Another observation is that over time the UFO sightings adhered to four general shapes: egg, dish, globe and cigar / cylinder…up to the early 1970s – today we are also seeing triangular and pear shapes as well. Additionally, the Lorenzens determined that most UFOs sighted began to have multi-colored lights perhaps mimicking our own aircraft.

Despite anything alien visitors may be doing to deceive or divert our attention, the authors believed the main agents of deception to be our government and in particular the CIA. They rejected the idea that there is a conspiracy of silence by our government rather they saw our officials as withholding information about aliens and UFOs as a part of national security procedure.

They use the formation of such groups as the 1957 National Investigation Committee on Aerial Phenomena (NICAP) and the Robertson Panel, a 1953 CIA sponsored group, as examples of authorities protecting our national interest. They asserted that the CIA had infiltrated these types of groups and used attacks on the Air Force secrecy about UFOs as a smoke screen for their own activities. This smoke screen made it appear as if the CIA was not involved in UFO and alien conspiracy theories when in fact they were playing a major role in the disinformation campaign.

Interestingly the Robertson Panel scientists recommended surveillance of UFO phenomena organizations in 1953 as they considered the organizations as having great ability to influence the public opinion should an outbreak of UFO sightings happen.

All in all, it seems that not much has changed since the 1960s. Certainly the Lorenzens’ alien conspiracy theories in many ways could apply today. We are seeing a huge increase in UFO sightings. Many have explained this rise as being due to our increased technology such as cell phones and video cameras. While that may true, it is hard to deny that in the mid 1960s people were also talking about an increase in sightings, and the cell phone didn’t even exist at all back then! 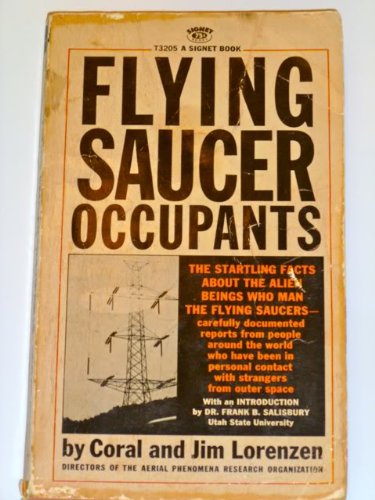 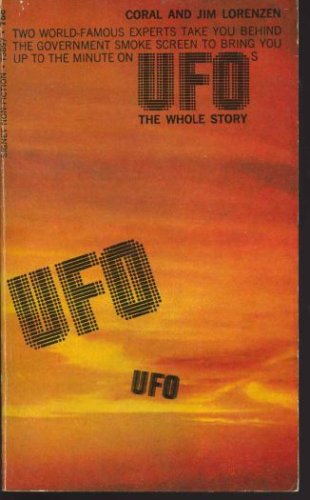